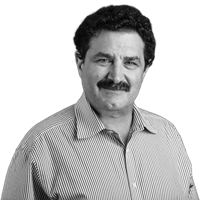 Earlier in August, Steven Schreckinger obtained summary judgment on behalf of client Harvard Pilgrim Health Care before Judge Casper in a case challenging HPHC’s denial of benefits for a member’s care for a five month stay at a 24/7 residential treatment facility. HPHC denied the claim on the basis that the plaintiff could have been safely treated at lower level of care, such as a partial hospitalization program, which plaintiff was offered and rejected.  The District Court upheld that denial on remand from the First Circuit.