Anderson & Kreiger LLP’s Samuel B. Dinning named The Best Lawyers in America: Ones to Watch for Commercial Litigation 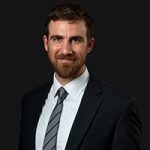 Sam is an experienced litigator who worked as a Deputy Prosecuting Attorney in King County, Washington before joining Anderson & Kreiger.  Sam has taken more than 20 cases to trial, had multiple cases before the courts of appeals, and argued before the Washington Supreme Court. With Anderson & Kreiger, Sam has represented state and municipal public sector clients in both federal and state court. He also maintains an active pro bono practice focused on criminal justice and civil rights cases.

The Best Lawyers: Ones to Watch list is a new list this year to give recognition to attorneys who are earlier in their careers for outstanding professional excellence in private practice in the United States.

Recognition by Best Lawyers is based entirely on peer review. Their methodology is designed to capture, as accurately as possible, the consensus opinion of leading lawyers about the professional abilities of their colleagues within the same geographical area and legal practice area.