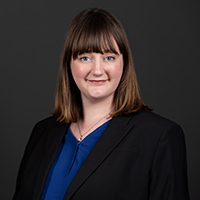 Sara Perkins Jones blog post, “D. Mass. verdict: Insurer may be liable for bad faith for mistake of law”, was featured in the Viewpoint section of the June 12, 2019 Claims Journal.  The blog analyzed a recent ruling from the District of Massachusetts awarding multiple damages for an insurer’s failure to settle a claim against its insured. The decision  suggested that insurers are responsible for training their claims handlers to know and understand key legal issues affecting their insureds’ liability – and that the insurer cannot defeat a claim  for bad faith failure to settle by relying on a clearly erroneous legal defense to a claim against an insured.