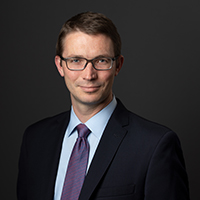 Anderson & Kreiger is pleased to announce that David Lyons has been selected as a member of the 2019 Boston Bar Association Public Interest Leadership Program (“PILP”).  Since David joined Anderson & Kreiger in 2017, he has become a valued member of A&K’s litigation, environmental, and municipal practice groups.    David focuses his practice on environmental and land use law, and he has litigated several cases on behalf of Massachusetts state agencies and municipalities.  He also gives back to his community through pro bono legal work and as a member of the Cambridge Conservation Commission.