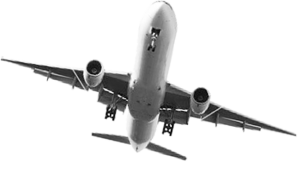 TJ Roskelley, Mina Makarious, Colin Van Dyke and Christina Marshall all spoke at the 2018 Airport Council International North America (“ACI-NA”) Annual Conference in Nashville, TN on September 29 and 30, 2018.  Each year the conference is attended by more than 2,100 delegates from more than 200 airports and airport authorities across North America.

TJ spoke on the “Negotiating Airline Lease and Use Agreements or Imposing Fees by Ordinance: What Do Airport Lawyers Need to Know?” panel.  There, he discussed the latest issues being raised by airlines in current negotiations, including access to gates and rates & charges.  TJ also moderated “Regulatory and Practical Considerations in NEPA Processing”, a panel that provided a refresher on basic NEPA concepts as well as insights on the Administration’s proposal to streamline NEPA processing.

Mina spoke on the “Legal Issues in Addressing Proposals by 3rd Party Developers” panel, where discussed important compliance questions that need to be addressed in development agreements, with a particular focus on grant obligations and FAA rules for development on airport land.  Mina also helped lead a discussion with the ACI Small Airports Committee regarding air service issues.

Colin participated in the “Emerging Contaminants/PFAS” panel, where he gave airports practical guidance on how to protect themselves from potential risks and costs associated with PFAS investigations.  Airports have been increasing targets of PFAS investigations due to wide use of aqueous film-forming foams (“AFFF”) at airports for many years.  EPA has made addressing PFAS a top priority.

Finally, Christina provided an update to the Legal Committee regarding A4A v. Los Angeles World Airports.  In 2017, the Ninth Circuit issued a decision affirming the dismissal of the complaint, which challenged the “labor peace agreement” requirement for service providers at LAX.  The plaintiffs have since submitted a cert petition to the United States Supreme Court, which is currently pending.  Anderson & Kreiger has represented LAWA in this case since it was filed in 2014.