Insurers Can No Longer Deny Coverage on the Basis that the Conduct Alleged is Intentional.

What is an insurer’s duty to defend when the complaint is premised on intentional coverage?

The claim against the insured was that the underlying plaintiff was kidnapped and forced into prostitution. She sued the motel owners where the prostitution took place alleging that they knew that the conduct was occurring and benefitted financially from the rental income.  The allegations supported multiple against the motel owners under federal Victims of Trafficking and Violence Protection statutes. The hotel owners sought a defense and the insurer declined and filed a DJ action.

As to the first question, the court, citing substantial authority, held that a third party did have standing to oppose summary judgment arguments made by the insurer against the insured.

As for the second question, the insurer argued that all six of the statutory claims involved intentional, criminal conduct even though the plaintiff sought only civil damages.  Thus, there should be no coverage.

The federal district court judge however held as follows:

Those claims are all cast in terms of intentional, not negligent, conduct.  Nonetheless, for a duty to defend to exist, the complaint need only show, “through general allegations, a possibility that the liability claim falls within the insurance coverage.”  Billings, 458 Mass. at 200-01.  Billings was a coverage dispute involving an underlying suit for intentional infliction of emotional distress. Id. at 200-03. The insurance policy covered the insured for suits that claimed “malicious prosecution[,] [l]ibel, slander or defamation of character.”  Id. at 194.  The court held that the insurer nonetheless had a duty to defend. It so held because “although pleaded in support of a claim of intentional infliction of emotional distress, [the complaint] is reasonably susceptible [to] an interpretation that roughly sketched a claim of libel, slander, or defamation.” Id. at 201.

That same principle controls here.  Each of Ricchio’s claims includes allegations of criminal conduct by the Patels, but the complaint is “reasonably susceptible” to an interpretation finding only negligence. In fact, unlike in Billings, where the actual claim brought against the insured was not covered, Ricchio’s claims are brought under a civil statute where coverage could exist.

Two considerations guide that finding.  First, “the facts alleged in the complaint [need not] . . . unequivocally make out a claim within the coverage” for a duty to defend to attach.  Id.  Thus, the Court is not bound to presume all allegations are perfectly accurate as pleaded in assessing the possibility of coverage; a “rough[] sketch” of a covered claim will do.  Id.   Second, it is commonplace for allegations in a complaint to outline only one, relatively extreme, version of events.  The fact that the complaint alleges intentional conduct does not preclude an interpretation that it also includes lesser allegations of negligent conduct.  That approach accords with the Massachusetts duty to defend standard that requires only a “general allegation” susceptible to a “possibility” of liability insurance coverage.

Because insurers often deny coverage on the basis that the conduct alleged is intentional, this decision has the potential to be a significant weapon in the hands of insureds. 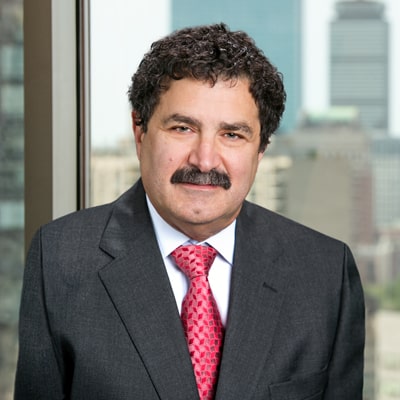