It’s a Bird, It’s a Plane, It’s an “Aircraft” — Coverage For Injury Caused By A Drone Is Barred By Aircraft Exclusion

A California federal judge has recently held that a drone is an “aircraft.”  Therefore, the liability insurer for a drone operator was not required to defend or indemnify the insured in a law suit for an injury caused by an errant drone where the policy excluded coverage for injury arising out of the ownership or use of any “aircraft” owned or operated by any insured.

In Philadelphia Indemnity Insurance Co. v. Hollycal Production Inc. et al., case number 5:18-cv-00768, 2018 WL 6520412  (C.D.CA.  December 7, 2018), the insureds were a photography company and its owners and employees.  The company was hired to photograph a wedding celebration.  An employee operating a drone equipped with a camera allegedly flew the drone too low and it struck a guest in the eye, causing loss of vision.  The insurer agreed to defend the resulting law suit under a reservation of rights and then filed a declaratory judgment action seeking a determination that coverage was barred by the policy’s aircraft exclusion.

Although the insurer’s summary judgment motion was not opposed, the court considered coverage arguments that the wedding guest had raised in pre-suit correspondence with the insurer.  In particular, the guest argued that the drone was not an “aircraft” because it was not capable of transporting persons or cargo, and was unmanned and operated remotely.  The court readily rejected those arguments, explaining that although the policy did not define “aircraft,” the term was not ambiguous and courts may rely on the dictionary definition of a term to establish its ordinary meaning.  Here, the court cited Merriam-Webster’s definition of the term as “a vehicle (such as an airplane or balloon) for traveling through the air.”  The court also pointed to the definitions of “aircraft” in the Federal Aviation Act,  49 U.S.C. § 40102(a)(6) (“any contrivance invented, used, or designed to navigate, or fly in, the air”) and in Federal Aviation Administration regulations, 14 C.F.R. §1.1 (”a device that is used or intended to be used for flight in the air”) as further support for its conclusion that because a drone flies through the air it qualifies as an aircraft and there is no requirement that the device carry passengers or cargo to qualify as an aircraft.

With respect to the duty to defend, the court explained that while the complaint for negligence did not mention a drone or how the alleged injury occurred, under California law an insurer is permitted to rely on undisputed evidence outside of the complaint to escape the duty to defend.  In particular, correspondence from the claimant’s counsel made clear that the claimant was alleging that her injury was caused by the insureds’ use of a drone.  Finally, the court awarded the insurer the sums it had paid for the insureds’ defense while defending under a reservation of rights because the insurer had also reserved the right to recover defense costs and California law (unlike that of some other jurisdictions) permits an insurer to recover the costs of defending insureds against claims for which there was no obligation to defend.

Aircraft exclusions are common in both commercial and personal general liability policies.  Hollycal Production is a good reminder that before taking to the skies, both individuals and businesses should check their policies and, if there is an aircraft exclusion, contact their brokers to add drone coverage. 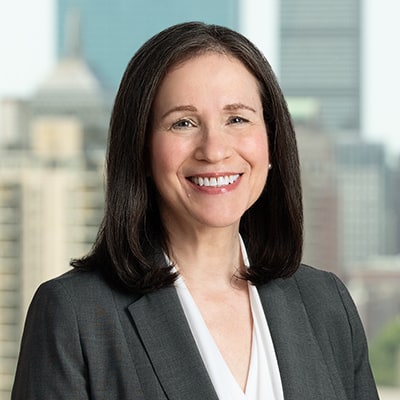 Insurers and insureds from many different industries turn to Tamara for her experience with emerging insurance issues and exposures, complex insurance coverage and bad faith litigation.