Local issues get a national stage this spring as the Supreme Court considers three separate cases examining whether municipal actions complied with local governments’ obligations under the First Amendment to the US Constitution.  Each of the cases will have important implications for local action relating to speech or religion.

The first case, City of Austin, Texas v. Reagan National Advertising of Austin, LLC, was decided on April 21 (the Court’s opinion is available here).  The Court considered whether an Austin ordinance violated the Free Speech Clause when it laid out different rules for “on-premises” versus “off-premises” signs.  Off-premises signs are those that advertise goods or services that are not available in the same physical location as the sign itself.  Primarily aimed at billboards, the off-premises sign regulations were significantly more restrictive, and did not allow the erection of new signs or the digitization of existing signs.  Reagan National, which owns multiple billboards, challenged the ordinance, claiming it violated their free speech rights.

The major issue in the case was what level of scrutiny a court should apply in evaluating the ordinance’s constitutionality.  Laws or regulations that treat different kinds of speech differently based on the speech’s content are typically subjected to strict scrutiny, which means that the law is presumed to be invalid and only allowed to stand if the government can prove that it serves a compelling government interest and restricts as little speech as possible to achieve that interest.

The Fifth Circuit Court of Appeals in the decision below decided that the ordinance’s distinction between on-premises and off-premises signs is content-based because it requires the City to read a sign before it can determine whether the ordinance applies.  Put another way, the only way to tell if a sign qualifies as an “off-premises” sign is to read it to figure out what it is advertising and where that good or service is available.  The Fifth Circuit held that such a  restriction must be content-based under the Supreme Court’s precedents, and especially the Court’s 2015 decision in Reed v. Town of Gilbert, 576 U.S. 155.

The Supreme Court reversed, finding that the Fifth Circuit’s rule was “too extreme.”  The Court clarified that content-based restrictions are those that discriminate based on the topic discussed or the message expressed.  The Court held that Austin’s ordinance was “agnostic as to content”—all it actually regulated was the location of the sign.  The same sign, with the same content, would be permitted in one location but not in another.  The fact that the City has to read the sign to determine whether it is in the right location does not transform the ordinance into a content-based restriction.  Rejecting the Fifth Circuit’s broader interpretation of Reed, the Supreme Court noted that Reed established that a regulation can be content-based despite being viewpoint-neutral—meaning that it does not favor one view over another—because the government cannot prohibit public discussion of an entire topic.  The Court held that Austin’s ordinance did not run afoul of that principle because it did not treat different categories of content differently.  All it did was draw “neutral, location-based lines.”  The regulation therefore should be evaluated under the more forgiving “intermediate scrutiny” standard, and the Court sent the case back to the lower courts to conduct that analysis.

The second case, Shurtleff v. City of Boston, takes place closer to home, and considers whether the decision by the City of Boston to deny a flag-raising permit to a religious organization violates the Free Speech and Establishment Clauses.  The Supreme Court issued its decision, ruling for the religious organization and against the City, on May 2.  The Court’s opinion is available here.

The case concerns one of the three flagpoles located in Boston’s City Hall Plaza.  Two of the flagpoles fly the US and the Massachusetts state flags.  The third flagpole typically flies the City of Boston flag, but the City has a program allowing organizations and members of the public to apply for a permit allowing them to raise a flag of their choosing on the third pole, in place of the City’s flag.  In the past, flags raised under this program have included flags of other countries, such as Portugal and China, and flags representing civic organizations or movements such as the gay pride flag.

Camp Constitution, an organization that seeks to “enhance understanding of the country’s Judeo-Christian moral heritage,” applied for a permit to raise their “Christian Flag,” which features a cross in the upper-left corner.  The City denied the application, saying that its policy was to refrain from flying non-secular flags, in accordance with the Establishment Clause’s prohibition on government establishment of religion.  Camp Constitution sued, claiming that the City’s actions violated their Free Speech rights and their rights under the Establishment and Equal Protection Clauses.

The district court and the First Circuit both ruled for the City, but the Supreme Court unanimously reversed.  The Court’s analysis turned on whether the flag-raising should be considered under the “public forum” doctrine or the “government speech” doctrine.  When the government encourages diverse expression by the public, it creates a public forum, and cannot discriminate against particular views.  On the other hand, when the government speaks for itself it can control the message communicated, and Free Speech protections do not apply.  The Court acknowledged that the important distinction between the two doctrines is “not always clear,” especially when governments invite the public to participate in a program, like Boston’s flag-raising program.

The Court held that Boston’s flag-raising program was not government speech, and that the program instead created a public forum.  The City’s rejection of a religious flag because of its religious message therefore violated the First Amendment as impermissible viewpoint discrimination.  The Court applied a three-part analysis to determine whether the program was government speech: (1) what is the history of the expression (i.e. are flags traditionally used by governments to communicate?); (2) would the public likely associate the speech with the government; and (3) to what extent did the government actively control the speech?  The First Circuit in the decision below applied the same analysis and held that the flag-raising program did constitute government speech.  The Supreme Court disagreed, finding that while there was some evidence favoring either side, the fact that the City exercised almost no control over the message being conveyed by the flags under this program tipped the balance in Camp Constitution’s favor.  The City had never before denied an application to raise a flag, had very little evidence to show that the previous flags raised under the policy were connected to a City-endorsed message, and stated in its application materials that it sought to “accommodate all applicants.”  The City’s creation of a public forum means that it must allow any qualified applicant to fly the flag of their choosing under the program (including, for example, a flag with a swastika or a flag representing the Ku Klux Klan).  The Court noted that the City was free to change its policies for the program going forward.

The third case, Kennedy v. Bremerton School District, involves an assistant football coach at a public high school in Washington state, whose contract was not renewed by the school district after he refused to stop saying prayers on the 50 yard line immediately after football games.  The Ninth Circuit ruled for the school district in the decision below (opinion available here).  The Supreme Court heard oral argument on April 25, and a decision is expected by July.

The two sides do not agree on all of the facts underlying the dispute, which could complicate the Court’s opinion.  The assistant coach claims that he offered a quick, silent, personal prayer on the field after each game.  The coach says that a few of the players on his team asked if they could join in, and he allowed them to.  The school district, on the other hand, says that the prayers became a spectacle on the 50 yard line, with the assistant coach and the majority of the players on the team publicly praying after the game.  The head coach and school principal received complaints from opposing teams and parents of players, saying that the assistant coach was inviting players from both teams to join his prayers and that players felt pressured to join.  On one particular occasion after the assistant coach publicized the issue to local media, there was a large scene as spectators and reporters knocked students over in an effort to get to midfield, and people in the crowd swore at the head coach.  The assistant coach was placed on administrative leave soon after.

The assistant coach sued, claiming that the school district violated his rights to free speech and the free exercise of religion.  The district court granted summary judgment to the school district, and the Ninth Circuit affirmed that decision.  The Ninth Circuit held that the school district did not violate the Free Speech clause because the assistant coach’s actions on the field (which he only had access to as an employee), immediately after the game (when he was generally responsible for communicating with students) was speech as a government employee, and he therefore was not speaking as a citizen for First Amendment purposes.  The Ninth Circuit also held that the district’s actions did not violate the Free Exercise clause because the district had a compelling interest in avoiding a violation of the Establishment Clause, and allowing public prayer by a district employee would constitute an impermissible endorsement of religion by the district.

At oral argument, a number of the Court’s conservative justices appeared sympathetic to the coach’s arguments.  The way in which the Court characterizes the facts of the case will likely be key, given the factual disputes noted above.  There is also a potential mootness issue because the coach has since moved to Florida (though he claims he would move back if given his coaching job again) which could allow the Court to avoid ruling on the Constitutional issues.

The Court has recently issued a number of decisions prioritizing religious freedom, and this case may provide an opportunity to further expand those protections, and mark a departure from prior cases considering prayer in schools.  Any such departure would require a shift in how local governments approach the issue of religion in public schools, and may require additional accommodation for religious government employees. 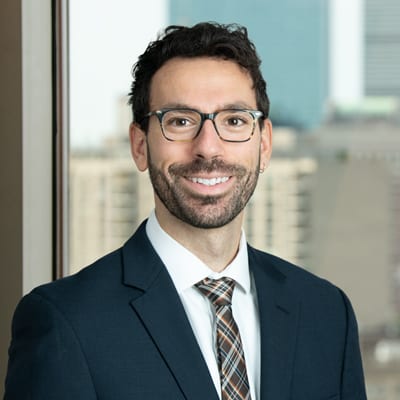