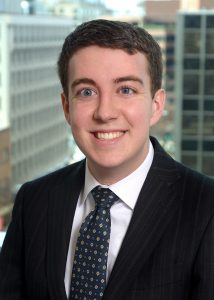 Ezra Dunkle-Polier, a second year Boston College Law student, has joined Anderson & Kreiger as a summer clerk.  Ezra is a member of the Boston College Law Review and Vice President of the Jewish Law Students Association.  He previously interned for the Hon. Patti B. Saris of the United States District Court, District of Massachusetts.

Prior to law school, Ezra worked as a public affairs and communications assistant for the National Association of Criminal Defense Lawyers (NACDL) in Washington, D.C.   In his spare time, Ezra loves to run and watch improvisational comedy.  He also speaks Japanese and basic Hebrew. 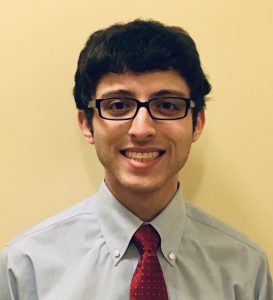 Grant Glovin, a second year student at Harvard Law School, has joined Anderson & Kreiger as a summer clerk.  He is the recipient of the Sears prize which is awarded to the two students at Harvard Law School with the highest GPAs in their class.  He previously interned with the Environmental Defense Fund and the City of Providence, Department of Planning and Development.

Prior to law school, Grant worked for the New York City Transit Authority.   In his spare time, Grant enjoys musical theater, running and backpacking.  Grant is also proficient in French. 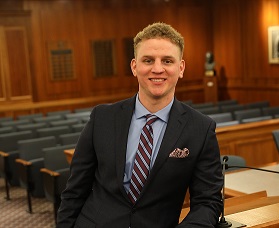 Ray H. M. Doucette, a Suffolk Law School evening student, has joined Anderson & Kreiger as a summer clerk.  Ray was the Treasurer of the Black Law Students Association at Suffolk Law School for the fall 2018 semester and was the quarterback of his college’s football team.

During his first two years of law school, Ray worked full time as the finance manager at a Boston architectural firm.   In his spare time, Ray is a boxing instructor, fitness trainer and Pop Warner Football Coach.

Anderson & Kreiger is delighted to have Ezra, Grant and Ray as part of our team this summer.