On December 7, 2021, United States District Court Judge R. Stan Baker at the Southern District of Georgia granted Plaintiffs’ motion to enjoin the Biden administration “from enforcing the vaccine mandate for federal contractors and subcontractors in all covered contracts in any state or territory.”  Specifically, the Court determined that “Plaintiffs will likely succeed in their claim that the President exceeded the authorization given to him by Congress through the Federal Property and Administrative Services Act [(the “Procurement Act”)] when issuing Executive Order 14042.”

Plaintiffs are several states, all led by Republican governors, and several agencies of those states.  They sought an injunction against the Biden Administration’s Executive Order 14042 (“EO 14042”).  The EO requires, among other things, certain federal contractors and subcontractors to ensure their employees are fully vaccinated against SARS CoV-2 (“COVID-19”).  The Associated Builders and Contractors, Inc. (“ABC”) and ABC of Georgia also moved to intervene in the action and filed their own motion for preliminary injunction, seeking the same relief as the State, Governor, and agency Plaintiffs.

Judge Baker found that Plaintiffs had a high likelihood of success on the merits of at least one of their claims.  The Court noted that the Procurement Act gives the President authority to issue executive orders with the goal of “economy and efficiency.”  However, the Court concluded that EO 14042 was functionally a public health regulation that had a major impact on the economy as a whole.  Likewise, the Court found that Plaintiffs could likely prove that EO 14042 goes beyond Congress’s grant of authority to the President regarding administrative and management issues.  Nor does EO 14042 “have a sufficient nexus to the purposes of the Procurement Act.”  For these arguments, the Court relies heavily on AFLCIO. v. Kahn, 618 F.2d 784 (D.C. Cir. 1979).  Kahn found that the President had “particularly direct and broad-ranging authority over those larger administrative and management issues.”  Defendants also did not point to any case where the Procurement Act authorized sweeping public health measures.

Defendants specifically challenged the Plaintiffs’ standing to sue because they had not been harmed by EO 14042.  However, the Court pointed to affidavits and testimony from Georgia Tech witnesses showing that the institution was already subject to a NASA contract that contained the vaccine mandate language.

The standard for a preliminary injunction requires Plaintiffs to show: (1) a likelihood of success on the merits; (2) irreparable harm; and (3) the balance of the harms to the Plaintiffs for not granting the injunction outweighs the harm to Defendants for granting it.

On irreparable harm, the court found that time and effort spent on administrative costs and burdens in the past and going forward constitute compliance costs from EO 14042, constituted irreparable harm for which an injunction would be appropriate.  Similarly, the balance of the harms favors Plaintiffs because ABC members could lose their financial lives, and Plaintiffs would have to decide how to reassign employees who choose not to comply with the mandate.

Of course, the Court was not required to issue a nationwide injunction; it could have enjoined the mandate only for the Southern District of Georgia, or just for those jurisdictions who were Plaintiffs to the action.  However, Judge Baker relied heavily on ABC’s nationwide presence when deciding to issue the injunction for all U.S. states and territories.  He concluded that it would be difficult to limit the injunction to particular states or regions because ABC has members operating on federal contracts in nearly every state.

Although the Court acknowledged the clear effectiveness of the COVID-19 vaccines, it decided that “even in times of crisis this Court must preserve the rule of law and ensure that all branches of government act within the bounds of their constitutionally granted authorities.”  Consequently, as a result of the decision, the Biden Administration may not enforce the federal vaccine mandate for federal contractors and subcontractors for the foreseeable future.  This decision, critically, has no impact on the other vaccine mandate from OSHA concerning employers with at least 100 employees, which is likewise embroiled in litigation.

In light of the Decision, the Office of Management and Budget (“OMB”) issued additional guidance that it will not enforce EO 14042 in any state or territory covered by the nationwide injunction.  And on December 20, 2021, the U.S. Court of Appeals for the Eleventh Circuit refused to stay the injunction pending the Administration’s appeal, meaning the stay will remain in place for the time being. 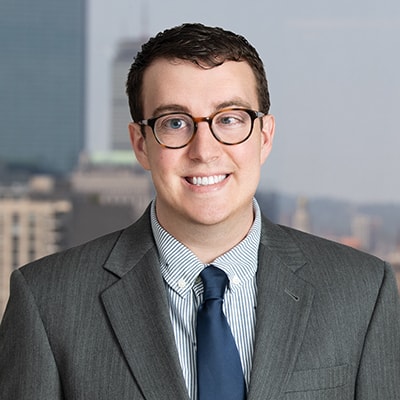