Federal regulators recently picked up the pace in controlling the class of persistent environmental toxins known as PFAS, as the nation’s eyes increasingly focus on this problem. Local governments, airports, and potentially responsible parties should pay particularly close attention to these developments.

On October 25, the EPA announced plans to add four types of Per- and Polyfluoroalkyl Substances (PFAS) to the Resource Conservation and Recovery Act’s (RCRA) Hazardous Constituent List (HCL), 40 CFR Part 261 Appendix VIII. Any solid wastes on the Hazardous Constituent List are top candidates for RCRA’s Hazardous Waste Lists, 40 C.F.R. §§ 261.30-261.35, which are automatically regulated under the Comprehensive Environmental Response, Compensation, and Liability Act (CERCLA). 42 U.S.C. §§ 9601-9628. This new designation opens the door for the EPA to issue reporting thresholds and cleanup requirements as minimum standards for PFAS releases nationwide.

This forthcoming regulation has wide reach—PFAS is a broad category of synthetic chemicals found in many household and commercial items. While there are over 40,000 different types of PFAS, EPA proposes to regulate four of the most significant—PFOA, PFOS, PFBS and GenX—which encompass the chemicals commonly used in stain- and water-repellant fabrics, non-stick surfaces such as cookware, and in fire-fighting foam (aqueous film forming foam).

CERCLA is designed to remedy threats to human health and the environment caused by releases of hazardous materials. Importantly, CERCLA is retroactive, meaning if a hazardous material was spilled a long time ago, but the substances still remain in the environment and still pose a risk to human or environmental health, the current property owner will be responsible for paying to clean up the materials (until and unless they can find another entity that should be responsible instead.)

Currently, only a few states (including Massachusetts) regulate PFAS as hazardous materials and have set maximum contaminant levels for PFAS in drinking water. The prospect of robust federal regulation by EPA means that cleanups may be required despite an absence of state standards. State mandated cleanup thresholds for health and environmental protection are rare, so the addition of PFAS to RCRA and in turn, CERCLA, means that states with no reporting or cleanup requirement will be subject to the new federal standards.

EPA’s announcement was only the first step to include four types of PFAS on the HCL, so final, binding regulations and maximum contaminant levels for these types of PFAS could remain years away. Next, EPA will evaluate existing data to establish a record to support the proposed rule. Then, EPA will initiate the rulemaking to include four common PFAS compounds on the HCL. Once on the HCL, the Administrator can designate solid wastes containing these PFAS as hazardous waste under RCRA, which also would render them hazardous substances under CERCLA. Then, if these substances are detected in water or soil above the designated reportable thresholds EPA will designate, that site becomes subject to CERCLA’s onerous reporting and cleanup requirements.

This is the Biden Administration’s second effort to begin addressing PFAS through regulations. On March 3, 2021, EPA made a determination to regulate PFOA and PFOS with a National Primary Drinking Water Regulation under the Safe Drinking Water Act, 42 U.S.C. § 300f-300j. EPA will initiate the process to propose the drinking water regulations for PFOA and PFOS by March 3, 2023.

The addition of PFAS to RCRA and CERCLA will have a resounding effect on industries and property owners coast-to-coast. It lays the groundwork for the EPA to have nationwide reach on PFAS regulation and gives the EPA the ability to adjust maximum contaminant levels and reporting thresholds. New reporting and cleanup requirements will result in an increase of cleanup liability, cleanup costs, culpable parties, and the sheer number of hazardous waste sites. 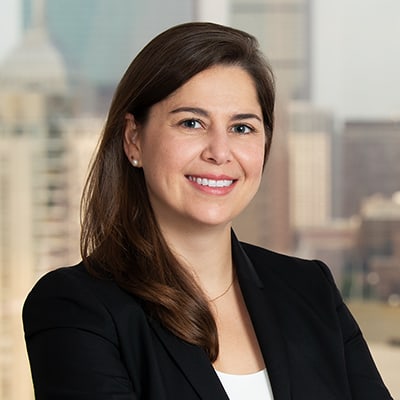 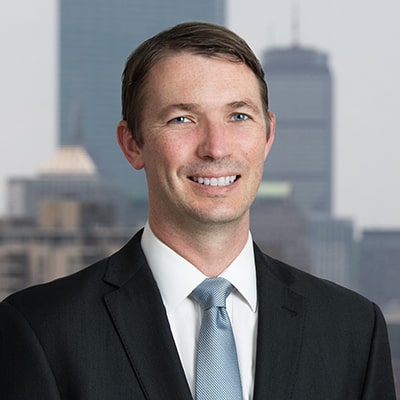 David focuses on solving complex environmental and energy problems for public- and private-sector clients through litigation, regulatory permitting and compliance, and legislation.