The Supreme Judicial Court has held that a McLean Hospital program focused on developing the emotional and social skills of adolescents who exhibit extreme emotional dysregulation may, under the Dover Amendment, be located in a residential zoning district.  The Court reversed a decision by the Land Court, which found the program to be more therapeutic than educational and therefore unprotected by the Dover Amendment.  The SJC did not question any of the Land Court’s factual findings about the program, but it rejected a bright-line distinction between therapeutic and educational purposes.  Reaffirming that “educational purpose” under the Dover Amendment has a “broad and comprehensive meaning,” it held that McLean Hospital’s program was primarily educational. McLean Hospital Corp. v. Town of Lincoln, SJC-12675 (Sept. 23, 2019).

In reaching that conclusion, the SJC focused on the growing trend in public schools to include emotional and behavioral skills in their educational curriculum and several aspects of McLean’s program: a full-time, highly structured, mandatory curriculum taught by specially trained staff; structured social and athletic time with classmates and peers; daily assignment of homework and worksheets; and an admissions process. The SJC declined to conclude that the presence of medical personnel on staff and the fact that some participants were former psychiatric patients renders the use non-educational.  In view of those aspects of the program described above, even measures that have a therapeutic function further its predominantly educational purpose.

This decision adopts an expansive and holistic interpretation of “educational purpose” under the Dover Amendment. The Court reaffirmed that “education” encompasses that which is “particularly directed to either the mental, moral, or physical powers and faculties, but in its broadest and best sense it related to them all.”  Although that broad definition is not new, McLean Hospital represents its broadest application yet.  As the Court blurs the boundaries of “educational” uses under the Dover Amendment, the only certainty for the future is further litigation regarding a variety of programs that combine aspects of traditional and non-traditional education.

Public and private clients, including businesses, non-profit organizations, municipalities and citizen groups turn to Art for his more than 35 years as a recognized leader in the areas of environmental law, zoning, local permitting, land use and municipal law. 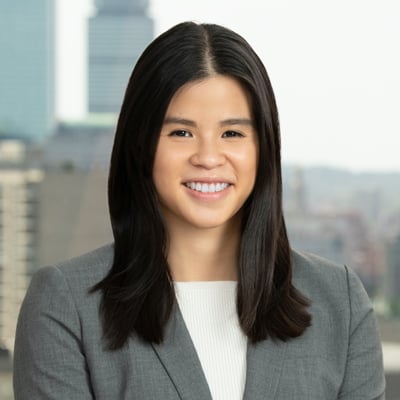 State agencies, nonprofits, and private and public corporations and individuals turn to Annie for their litigation needs ranging from enforcement of public rules and regulations to land use disputes.  She also counsels municipalities on a broad range of issues including public policy, compliance with state and federal laws, and helps conduct internal investigations.